Our first stop after leaving Georgetown was Lee Stocking Island.  After motoring out of Georgetown harbor, we enjoyed a lovely downwind sail to Rat Cay Cut.  We motored through the cut (better safe than sorry), but then switched off the engine again and sailed the rest of the way to the anchorage.

As we ghosted between cays and over shallows, I marveled at how much more confidence we’ve gained over the past seven months (wow – can’t believe it’s been that long already!).  It’s a little thing, but I’ve wanted to sail into Block Island’s Great Salt Pond for awhile.  We sailed in once with Little Bristol, but we had the outboard on (in neutral) just in case.  After this sail, I looked at Jeff and said there is absolutely no reason why we can’t sail into the Pond this summer.  We had just sailed between unfamiliar rock islands that are narrower than Block Island’s entrance.  We’ve had the skills for awhile – we just lacked the confidence.  Now we KNOW we can do it.

On our way to Lee Stocking Island: 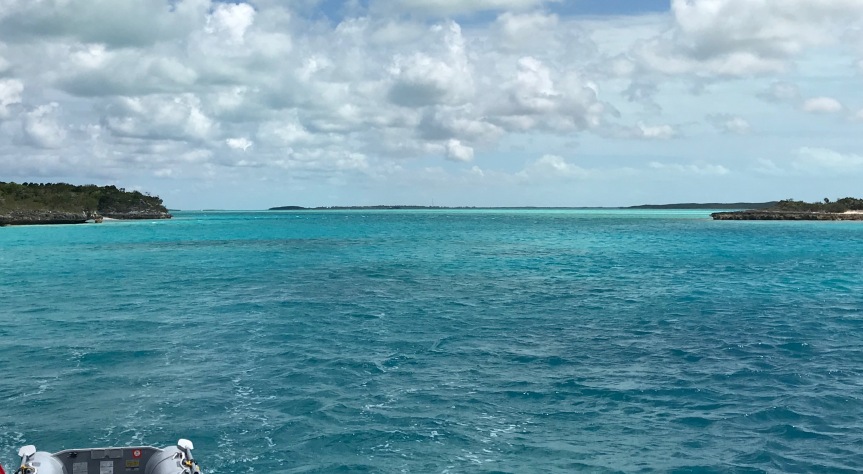 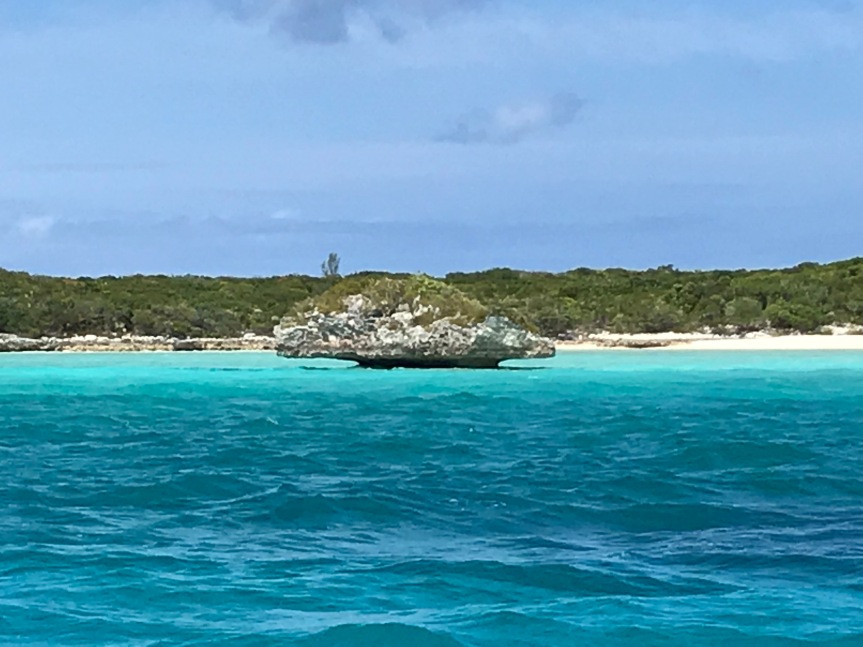 Dropping the anchor at Lee Stocking Island, we were joined several hours later by our friends from S/V Lone Star and their guests.  Over the next few days we enjoyed nightly card games on Lone Star, floating on our noodles in the beautiful water, and exploring the abandoned facilities on the island.

Lee Stocking Island was the home of the Caribbean Marine Research Center which was one of six National Undersea Research Centers affiliated with NOAA.  The facility was one of the most productive marine laboratories in the world until it closed due to funding cuts in 2012.  All of the research buildings and residences remain, along with an airstrip, slowly being reclaimed by nature.  It was eerie walking around in what was essentially a tiny abandoned village. 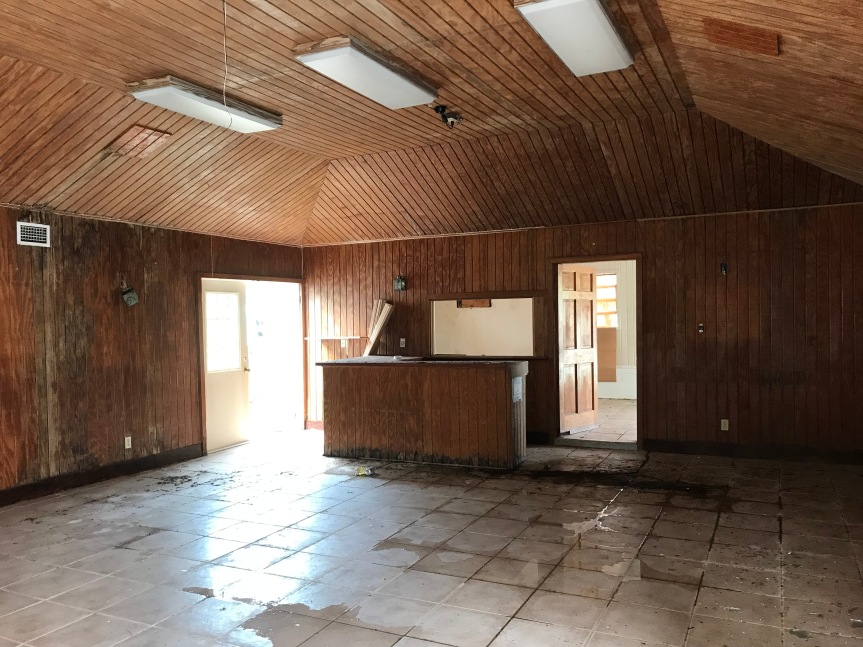 After a few days we moved around the corner to Leaf Cay while Lone Star returned to Georgetown.  We had read that there were large pink iguanas on Leaf Cay along with an abundance of butterflies.  We didn’t see the butterflies, but we certainly saw plenty of iguanas!

After anchoring the dinghy we walked onto the beach and we heard a noise in the brush up the hill.  Out came an iguana.  Then another.  Then a few more.  As more iguanas emerged from the brush, Jeff and I agreed that it was getting a bit creepy.  How many more were there?  Obviously they were used to getting fed by boaters, and we had obliged by bringing some wilting cabbage with us.  After watching the big iguanas grab the leaves from the smaller ones, we tried to make sure that the smaller iguanas got their share when the big ones were distracted by their haul. 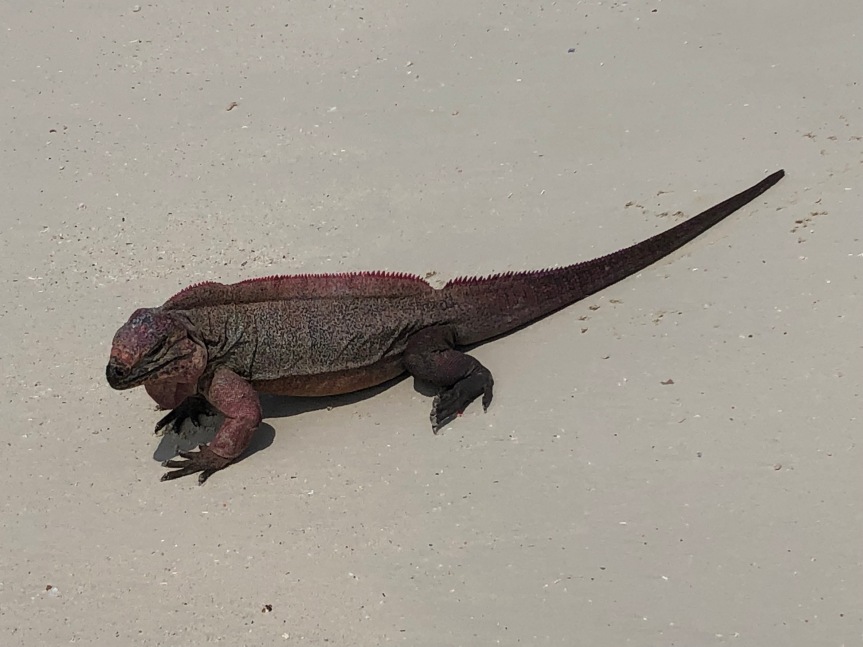 Overall, Lee Stocking was a cool stop that we would definitely do again.  Leaf Cay was fun, but the current was very strong making swimming tricky so the iguanas really were the highlight.  We wouldn’t make Leaf Cay an annual stop, but we were glad we went.  After all, how often do you get a chance to see a bunch of large iguanas on a beach?