After a good night’s sleep at Great Sale Cay, we shoved off again bright and early for Green Turtle Cay where we planned to check in with immigration and customs.  After getting our obligatory “rip roaring argument stemming from not putting the sails up in a long time so we’re rusty* (*Trademark)” fight out of the way, we had the sails raised and motorsailed the 57 nautical miles to Green Turtle.  It would have been nice to turn the engine off, but we wanted to have the anchor down before dark.  Now that we know how casual the check-in process is, next time we’ll sail as far as we can and simply arrive in Green Turtle on day three.

Immigration and customs was easy.  The office was in the same building as the post office and community message board, and I sat at a desk filling out forms while being entertained by the officer’s Bahamian soap opera streaming on her computer. $150 later, we were free to roam about the country for three months, with an extension available simply by stopping in at the closest immigration office.

The wind direction had made for a lumpy night in the Green Turtle Cay anchorage.  We knew that there was going to be a front coming through in a few more days, so after we were official we decided to check out a likely hidey-hole just around the corner from our anchorage.  It turned out to be perfect.  Protected from almost every direction, we returned to it several times over the next ten days whenever the forecast called for winds over 20 knots.  Surprisingly we always had it to ourselves during the blows, although we did share it with some turtles a few times which provided an afternoon of entertainment.  Perhaps the 5’ depth at the entrance during low tide discouraged other cruisers.  Regardless, it was fine with us!

When we weren’t in our hidey-hole we were out exploring some of the cays in what our Waterway Guide refers to as the central Abacos section of the Bahamas.  Manjack Cay was a favorite with a few walking trails on the island.  There was a dinghy dock, and as we tied up I saw three sting rays in the water, a small shark, and starfish.  I wandered in and a sting ray came up and rubbed against my leg.  It was so cool!  I’ve touched one at an aquarium but never out in the wild, so to speak. 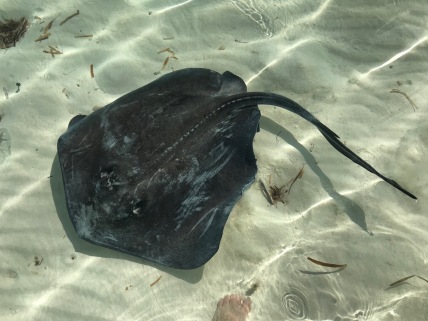 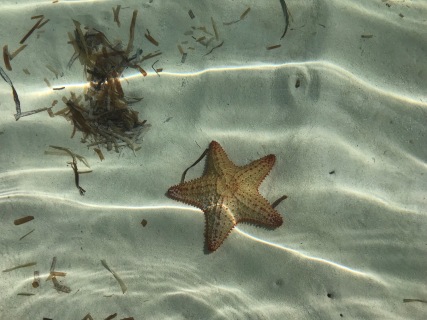 The visibility in the water was amazing.

After exploring in the water a bit, we set off on the two short hiking trails.  One led to the Atlantic Ocean, the other to the lagoon, and we were rewarded with beautiful views at the end of both. 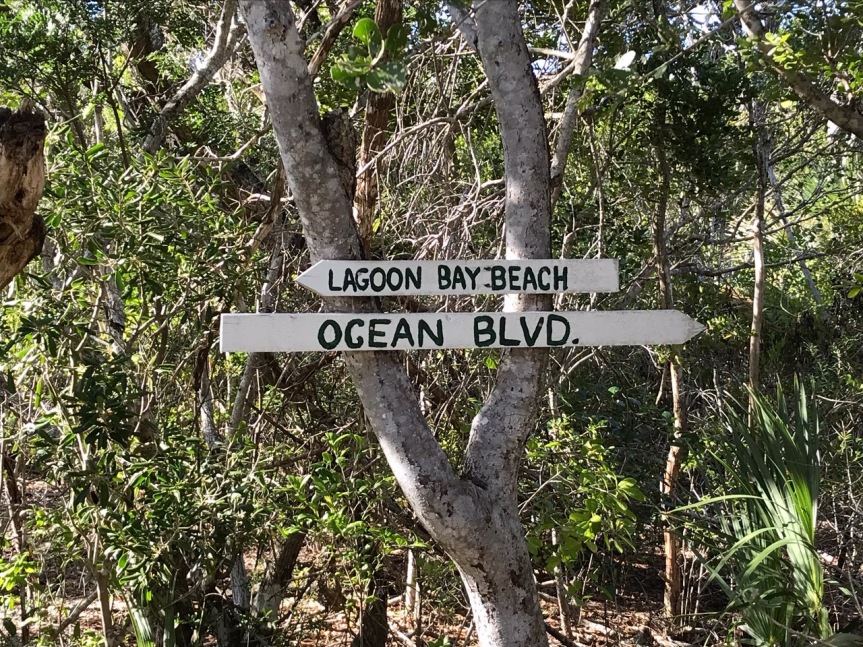 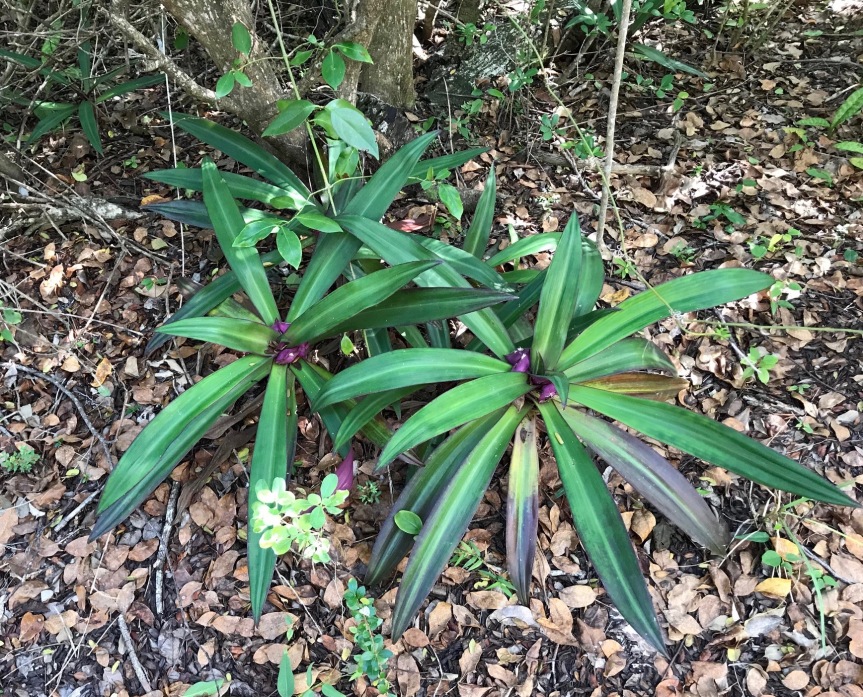 The next day we decided to sail over to Powell Cay.  We had intended to walk up the trail that led to a lookout, but first we decided to take advantage of the calm conditions and take care of a few boat chores.

I cleaned the bottom of the dinghy and Pegu Club’s hull while Jeff cleaned all of the mud out of the anchor locker.  By the time we were done we were feeling lazy, and the next day we were going to have to return to our hidey-hole, so we knew we’d have to return to Powell Cay another time.

After being holed up due to weather for a few days, we decided to take a longer sail to Crab Cay to see what that looked like.  It’s definitely on our list to return.

Unfortunately the next day we needed to return to our hidey-hole.  We had winds on the nose so we gamely tacked for the morning.  As the winds increased we decided it was time to fire up Big Red, and we ended up having to motor into 20+ knot winds and choppy seas all the way back.  Blech.  Guess we didn’t plan that destination so well.  Lesson learned: think about how the conditions will be going back the next day, not just how they are today.

During all of this exploration we were keeping an eye on the forecast to see when we would be able to move into the southern Abacos.  There is basically a sand bar in the Sea of Abaco that divides the central and southern regions, so in order to go between them you need to go through the Whale.

The Whale Cay Passage is only a few nautical miles long, going out into the Atlantic, around Whale Cay, and back into the Sea of Abaco. The swells on the outside are on your beam, which is different from most other cuts where it’s on your bow or stern. As a result you want to pick a decent weather window to keep things comfortable and safe.  We had no interest in any “excitement”, so we were being very conservative for our first time through, willing to wait as long as necessary.  After 11 days, we had our chance and we decided to grab it.

13 thoughts on “Our introduction to the Abacos.”