After we waved goodbye to Rock Sound, we had a great sail to one of our favorite anchorages in Eleuthera (well, of the ones we’ve seen so far): Alabaster Bay.  This anchorage is simply gorgeous, and while we would have loved to stay a bit longer, the wind direction wasn’t really cooperating with a southerly component.

We had intended to slowly work our way north up Eleuthera but the southerly wind direction was forecast to last for awhile and that would mean some fairly rolly anchorages which we don’t particularly care for.  So after two nights at Alabaster we raised the anchor and had another great sail to Meeks Patch where we stayed for one night before moving to Spanish Wells the next day to pick up a mooring from Bandit for four nights.

While at Spanish Wells we were able to hang out with our friends on Mer du Jour (some rousing games of Euchre were played during the afternoons), and we also rented a car so we could see some of the other sights on the island.  Jeff drove while I navigated and offered periodic reminders to stay on the left side of the road, and we had a very fun day.

First up was our most southerly destination: the Leon Levy Native Plant Preserve.  The Preserve was created in 2009 by the widow of Leon Levy, a New York financier who lived with his wife on Eleuthera for many years and loved it.  There are several miles of walking trails which showcase the native habitat, including medicinal plants, trees, mangroves, and freshwater wetlands.  We honestly could have spent the entire day there. 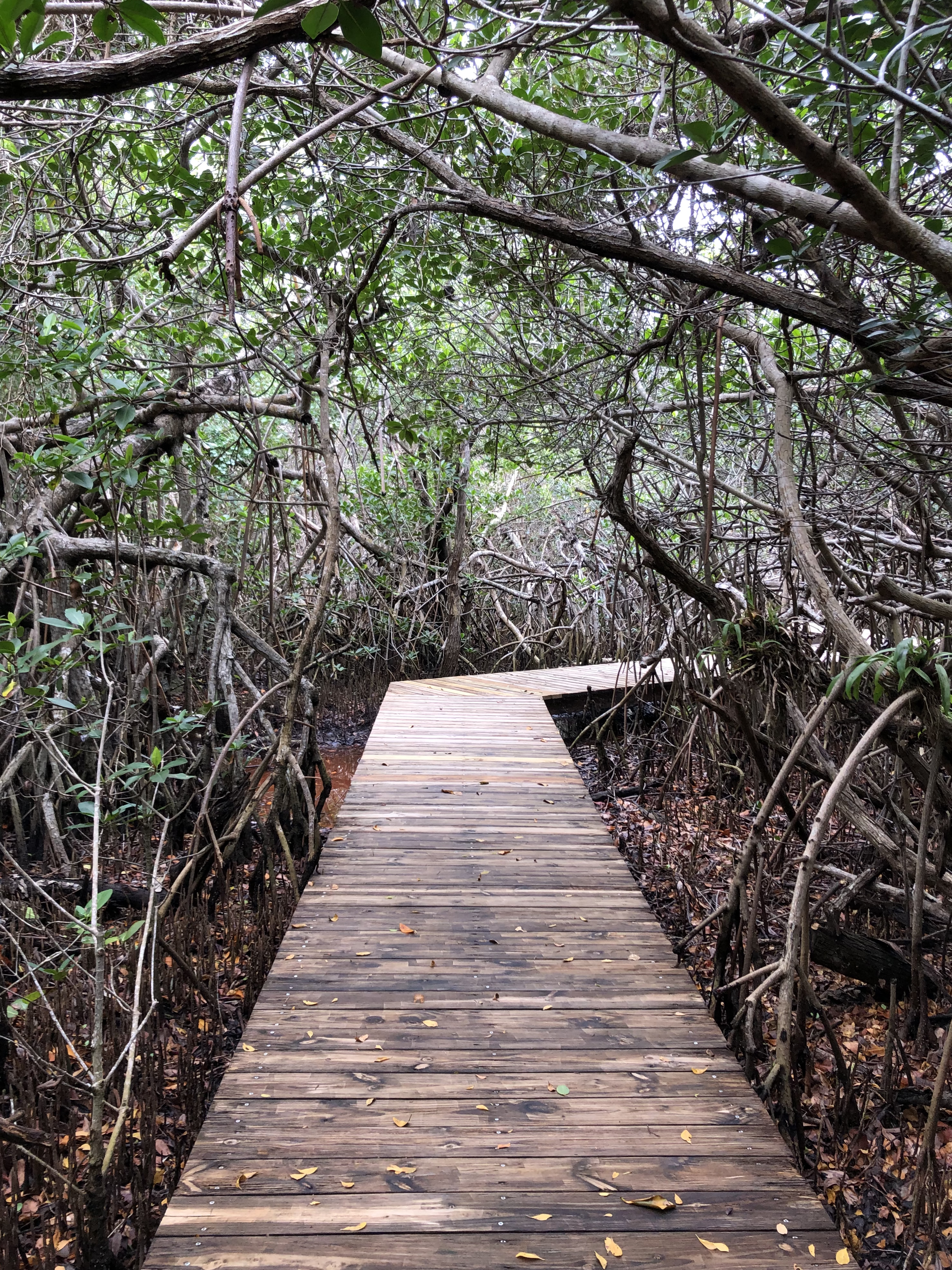 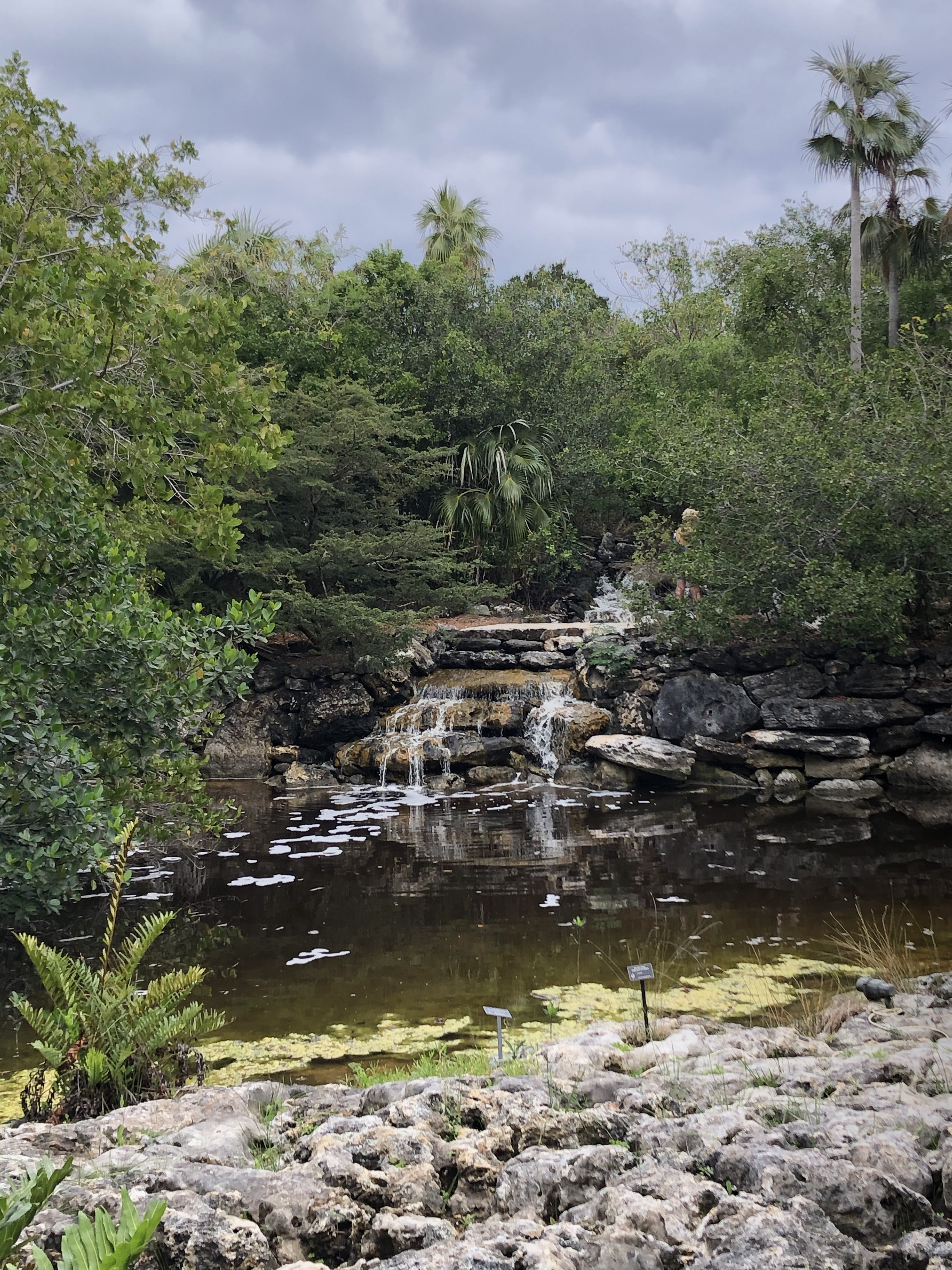 After reluctantly leaving the Preserve, we drove to a local farm where we picked up some fantastic fresh produce, then made a spontaneous detour to the Cliffs after seeing a sign marking the turn.

Next stop was the Glass Window Bridge. The bridge connects Eleuthera with the ocean on one side and the Bight of Eleuthera on the other.  When there is a blow the waves crash over it, closing the bridge.  We had heard great things about the bridge but candidly, we were a bit underwhelmed.  Talking to our friends on Mer du Jour later, they said when they saw it the waves were up so it was VERY impressive.  We were there on a pretty calm day so I’m sure that made all of the difference.

The Queens Baths were our next destination.  These are rock formations that have pools of water in them that have been naturally carved out of the waves.  We were hoping to actually hang out in some of the pools, but the only access down that we could find was a bit more adventurous than we were willing to try, so we settled for taking in the scenery instead.

And finally we drove over to the Preachers Cave.  Preachers Cave was discovered in the 1600s by a group that shipwrecked on the coral and sought refuge there.  A sign says that sermons were given there for 100 years. 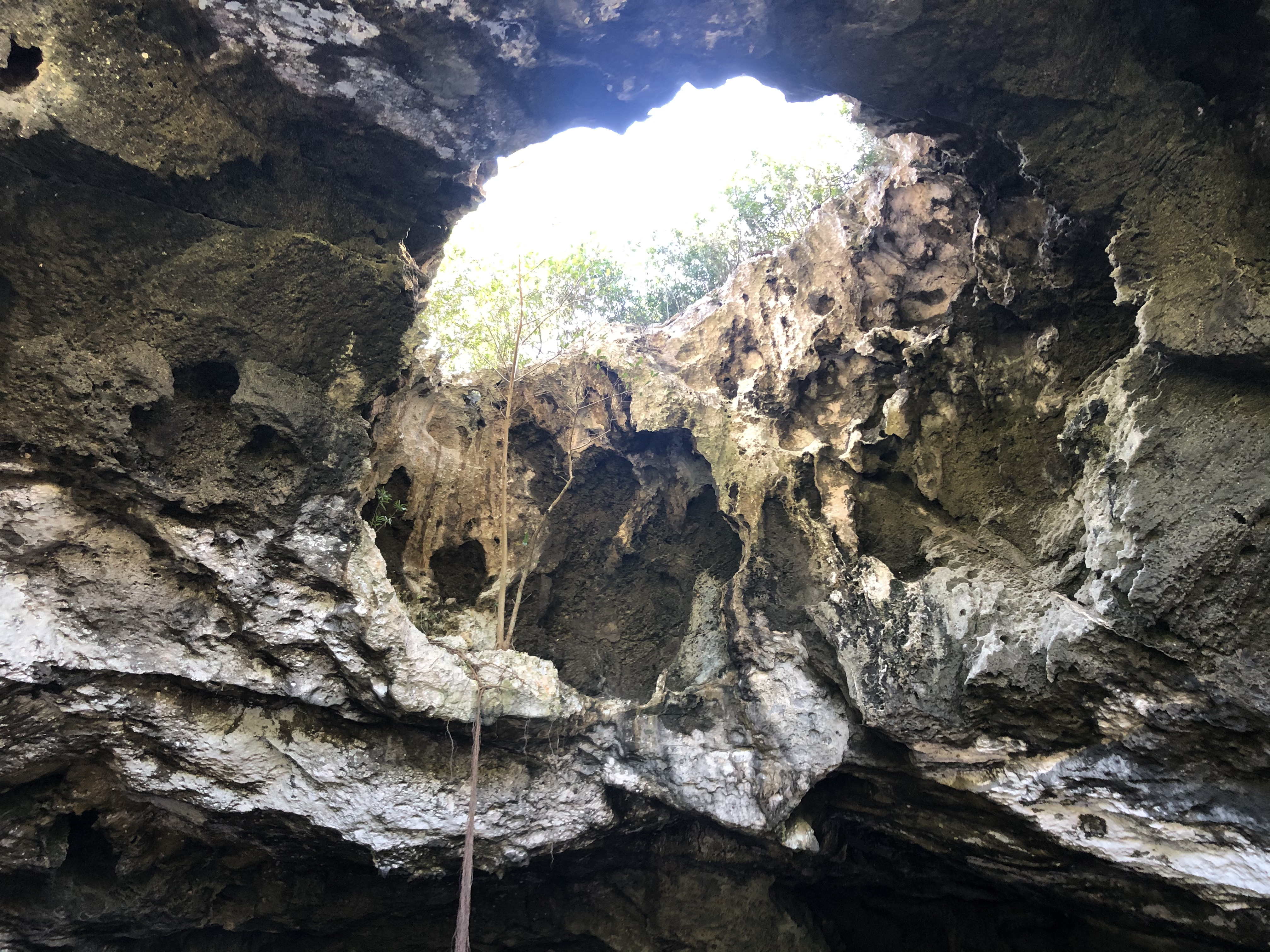 The rental car was a great way to wrap up our stay in Eleuthera, and we saw enough to confirm that on our next trip to the Bahamas we would really like to spend an extended period of time in Eleuthera.  We enjoy the variety Eleuthera offers, along with the very friendly people, and there are three anchorages nicely situated along the length of the island to tuck into when the weather requires.  Although nothing beats the water in the Exumas, the water is also lovely in Eleuthera.  I do think that it’s our favorite island of those we’ve seen in the Bahamas.

5 thoughts on “Hooked on Eleuthera.”