When Jeff was diagnosed with congestive heart failure we knew we would have to stray from our “keep it simple” principles when it came to our anchor setup.  Pre-CHF we planned to have a manual windlass (i.e. not powered by electricity) or perhaps go without one altogether.  After all, it wouldn’t be that difficult to raise a 22 pound Rocna anchor plus some chain by hand.

With his diagnosis came lifting restrictions, so going without a windlass wasn’t going to cut it anymore.  I suppose if I had started seriously working on my pushups I could have raised the anchor by hand, but at 49 years old and aging every day, we decided that might not be the way to go.  The manual windlass also wasn’t ideal in case I was incapacitated and Jeff needed to use it by himself.  An electric windlass was clearly going to need to be installed.  But how to do it?

Searching the internet, we couldn’t find any examples of Bristol 29.9’s with electric windlasses.  This may be because boats this size don’t typically need one, or it could have been that the relatively shallow anchor locker for the 29.9 wasn’t optimally designed for one.  No time like the present to give it a shot!

After the week-long heat wave finally broke, we took advantage of a still warm but less humid weekend to get started.  Since we were going with an electric windlass we decided we might as well upgrade the Rocna to a 33 pound which should hold us under virtually any wind condition we are likely to run across on our travels.  Knowing that we wanted a Maxwell horizontal windlass, the anchor size led us to a Maxwell HRC-8 windlass which would accept both chain and rope.

The Maxwell installation instructions require an unobstructed chain fall of 8” from the bottom of the chute to the base of the anchor locker.  Unfortunately, the 29.9 only has approximately 6”.  We decided we would improvise by cutting the anchor locker lid in half so we could use a boat hook to clear the chain if needed.

We began by figuring out where we wanted to install the windlass and removing the anchor locker lid.  We cut the lid in half horizontally and then used a hole saw to cut the holes for the windlass (thank goodness for the provided template). 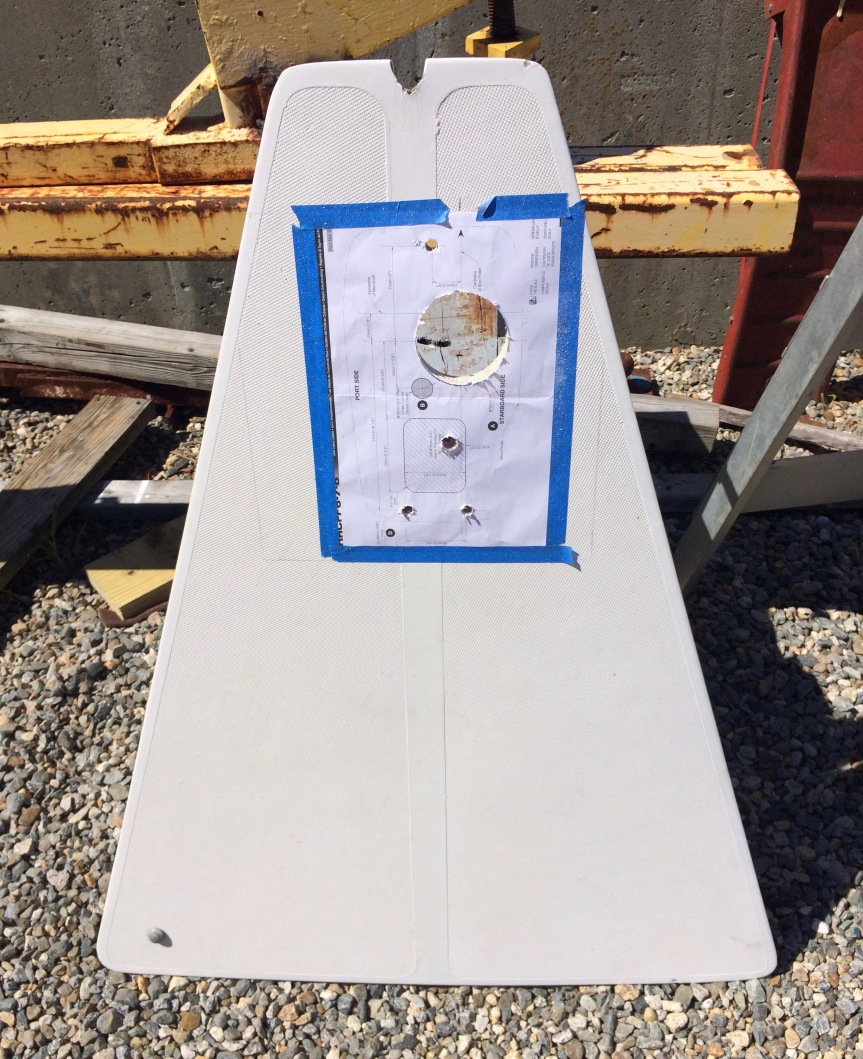 Next we placed ½” thick G10 underneath the lid and, using the holes in the lid as a guide, cut identical holes in the G10.  We used G10 as backing plates for our cleats and stanchions when we rebed everything the first summer we owned Pegu Club, and we knew it would be a good choice for a backing plate for the windlass.  We then dry fit the windlass into the holes (Whew!  It fit!) and used thickened epoxy to join the G10 to the anchor locker lid.  We also brushed neat epoxy on all of the cored areas (which were dry – no sign of moisture).

The next day we installed a cable clam in the anchor locker to run the electrical cables below deck.  We already had an existing hole from an anchor wash that had been installed by a previous owner (and removed by us), and the cable clam will prevent water from getting down below when we take waves over the bow.

With the epoxy cured, we put the windlass-half of the lid back in place and drilled 14 holes through it and into the lip of the anchor locker.  We used more thickened epoxy to join the lid to the lip, and then installed screws through the lid and into the lip.  The area that we inserted the screws was solid fiberglass, so fortunately there was no need to overdrill each hole, fill it with neat epoxy, and drill the hole out again.  Between the G10, epoxying the lid, and screwing it into place, I think it’s pretty safe to say that the windlass isn’t going anywhere. 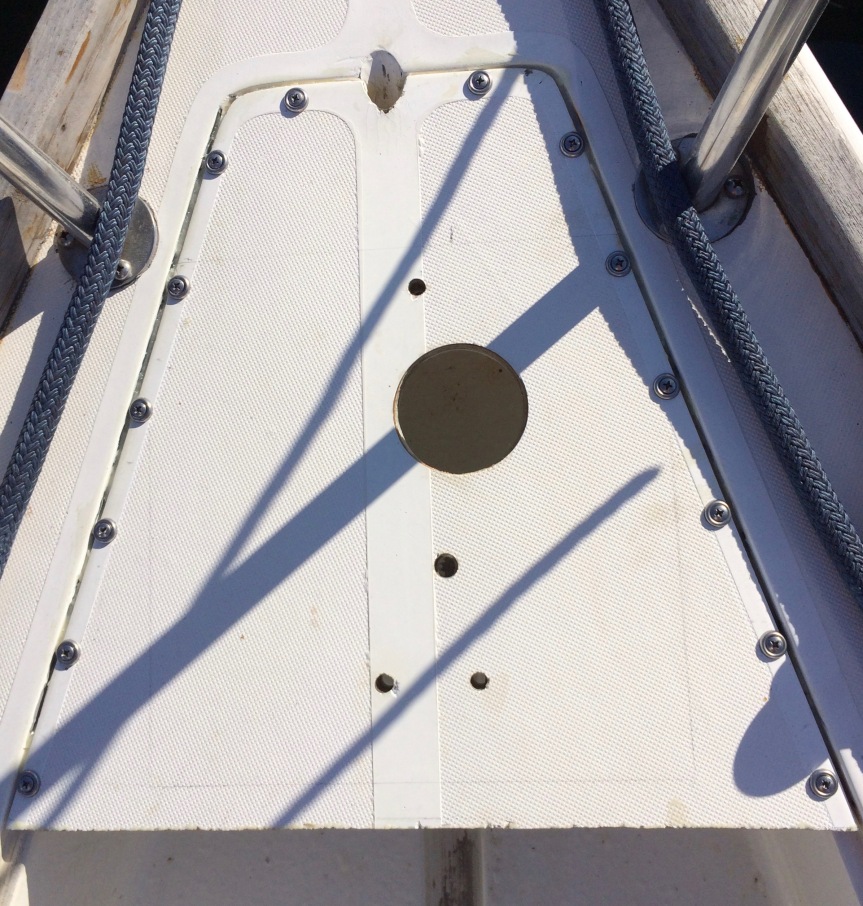 After that was finished we took the non-windlass half of the lid and put it back in place, cut the hinge in half (discarding the half that belonged to the windlass-section of the lid), and screwed the hinge on.  Voila!  The windlass itself was now installed! 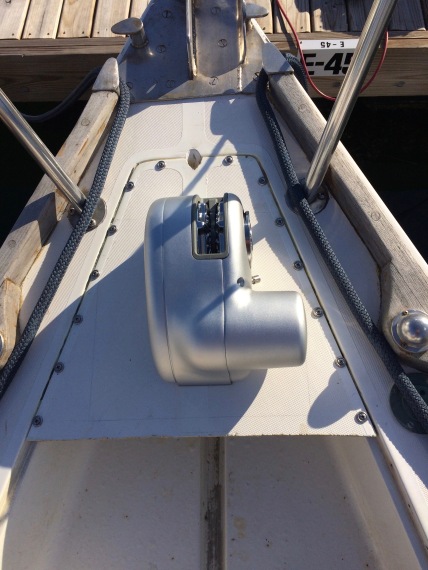 If we find that the anchor chain is piling up we can open up the bottom half of the anchor locker lid to straighten it out.  If that proves insufficient we can put another block under the windlass to raise it a few inches, but first we’ll see how it goes.

Next week – wiring the windlass!