Our original plan was to haul out Pegu Club for the season on September 3rd and then head west on our cross-country camping trip.  Hurricane/Tropical Storm Henri had other plans for us, however.

We had been tracking Henri ever since Chris Parker started mentioning him in his tropical weather e-mails. He showed up as a blob just south of Bermuda, and when we were first made aware of him I remember saying to Jeff that I hate it when storms develop in that area.  Instead of following a fairly predictable path, they just wobble and wander around with the potential to cause trouble.

Sure enough, several days later Shenny had initiated its hurricane operations procedure and we were debating whether to haul out or not.  After deciding that discretion was the better part of valor, we found ourselves out of the water a full two weeks earlier than we intended.

Fortunately, in literally he final hours of his approach Henri veered a bit east of us so all of the boats at Shenny, including Pegu Club, were unharmed.  Less fortunate (I’ll never call it unfortunate because we avoided a direct hit), as one of the first of over 85 boats to be hauled out it was going to be awhile before the boats in front of Pegu would be put back in the water.  Hurricane haul outs don’t include unstepping the mast, so leaving early to head west wasn’t an option.  But living on the hard for several days wasn’t appealing in the slightest.  What to do, what to do?  It didn’t take long before we decided to go camping in Vermont for a week as a shake-down of sorts for the big camping trip.

Reservations secured at Emerald Lake State Park, we filled up the V-Dub with our camping gear and headed north.  What followed was an excellent week.  We figured out what gear worked well and what needed to be tweaked, we made lists of additional small things we still wanted to buy, and generally settled into a routine. 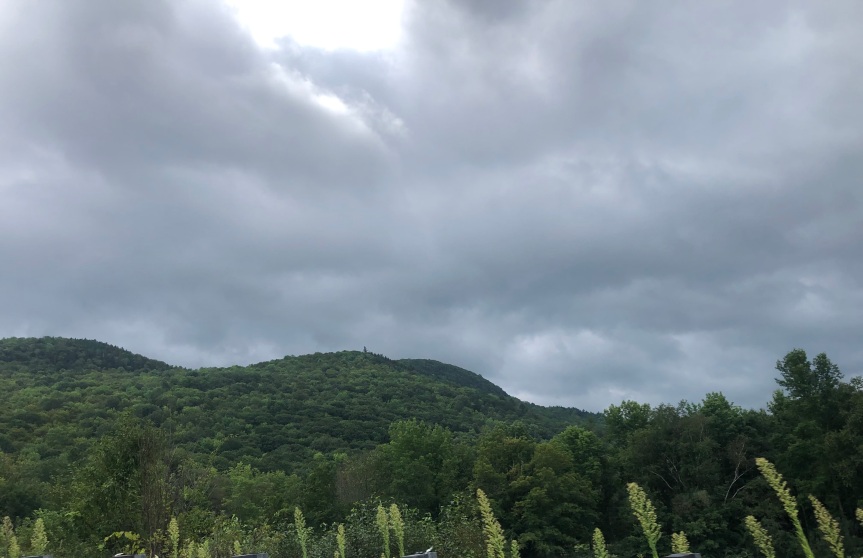 We’ve enjoyed camping in the past, but it had been literally over a decade since we last pitched a tent.  As we’ve been buying equipment over the summer and making reservations, a little voice in my head kept saying, “I sure hope we still enjoy camping as much as we think we did in the past, or it’s going to be a LONG trip out west.”  I’m pleased to report that we both LOVED it.  Being outdoors, going hiking, hopping in the car to explore, campfires and stargazing at night, listening to the owls as we fell asleep in the tent – the whole thing was great, even when we had some rainy weather.  We’ve been kicking around the idea of traveling full-time in an RV after we’ve decided we’re finished with boating (SEVERAL years from now).  After the week was up, we knew that was something we’d like to do in the future. 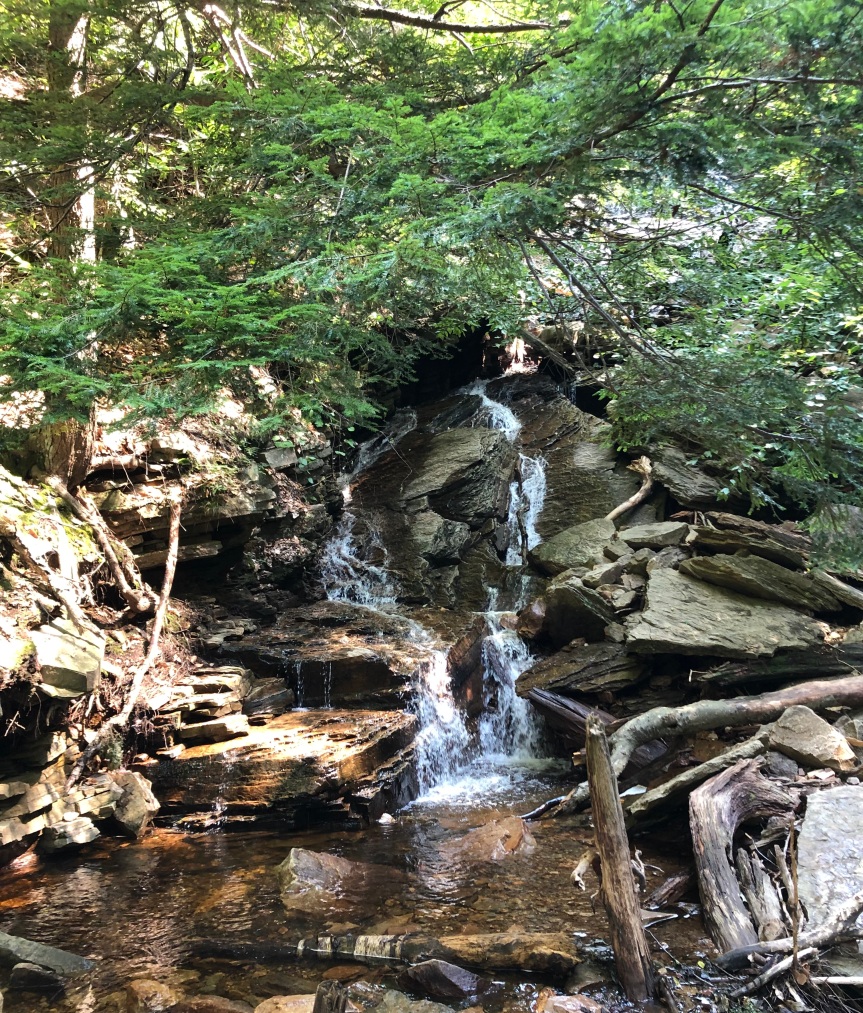 I will say that anyone who thinks that cruising in a 30 foot sailboat is the same as camping, has clearly never been camping.  The boat is substantially more luxurious.  On the other hand, with camping we had an unlimited supply of water, a car we could hop into whenever we wanted to go somewhere, and the ground didn’t move underneath us no matter the wind or the weather.  So I suppose there are pros and cons to each.  Without a doubt, however, cruising for almost three years in Pegu Club has ensured that camping out for almost two months as we drive across the U.S. should be a pretty seamless transition.  After all, we’re certainly used to small spaces!

10 thoughts on “Escape to Vermont.”