After leaving Indiana Dunes, we really started to make our way into the heartland.  I had an earworm of the U2 song by the same name as we drove through Iowa and Nebraska – and it was originally going to be the title of this post –  but then we saw a sign on the side of the the Lincoln Highway and I had my blog title!

We had gratefully accepted a generous offer from cruising friends to stay in their townhouse while we were in the Chicago area (they’re currently cruising), so our next stop after Indiana Dunes was in an actual dwelling vs. our tent. Our plan was to use it as a base to explore Chicago for a few days, but we were both a bit tired so we decided instead to relax and take advantage of a rare opportunity to watch the Buffalo Bills on an actual television.  Despite the fact that they lost, it was a great stop before hitting the road to Iowa.

When I drove across the U.S. 32 years ago, the stretch in Iowa and Nebraska was something that you just had to get through.  But now that I’m older and (arguably) wiser, and after spending almost three years going at the speed of five knots, slower is more to our liking.  So we decided to get off the freeway and take the Lincoln Highway instead, which parallels I-80.  It wasn’t really much slower, but it was SUBSTANTIALLY more scenic with a lot fewer tractor trailers.   In fact, Jeff and I feel that Iowa gets a bad reputation for being nothing but flat cornfields.  If you opt to leave the freeway, you find rolling hills.  Yes, there are cornfields, but it’s still a lot prettier than I-80.

Sometimes it’s nice to stop at the scenic view sites:

Iowa proved to be surprisingly scenic: 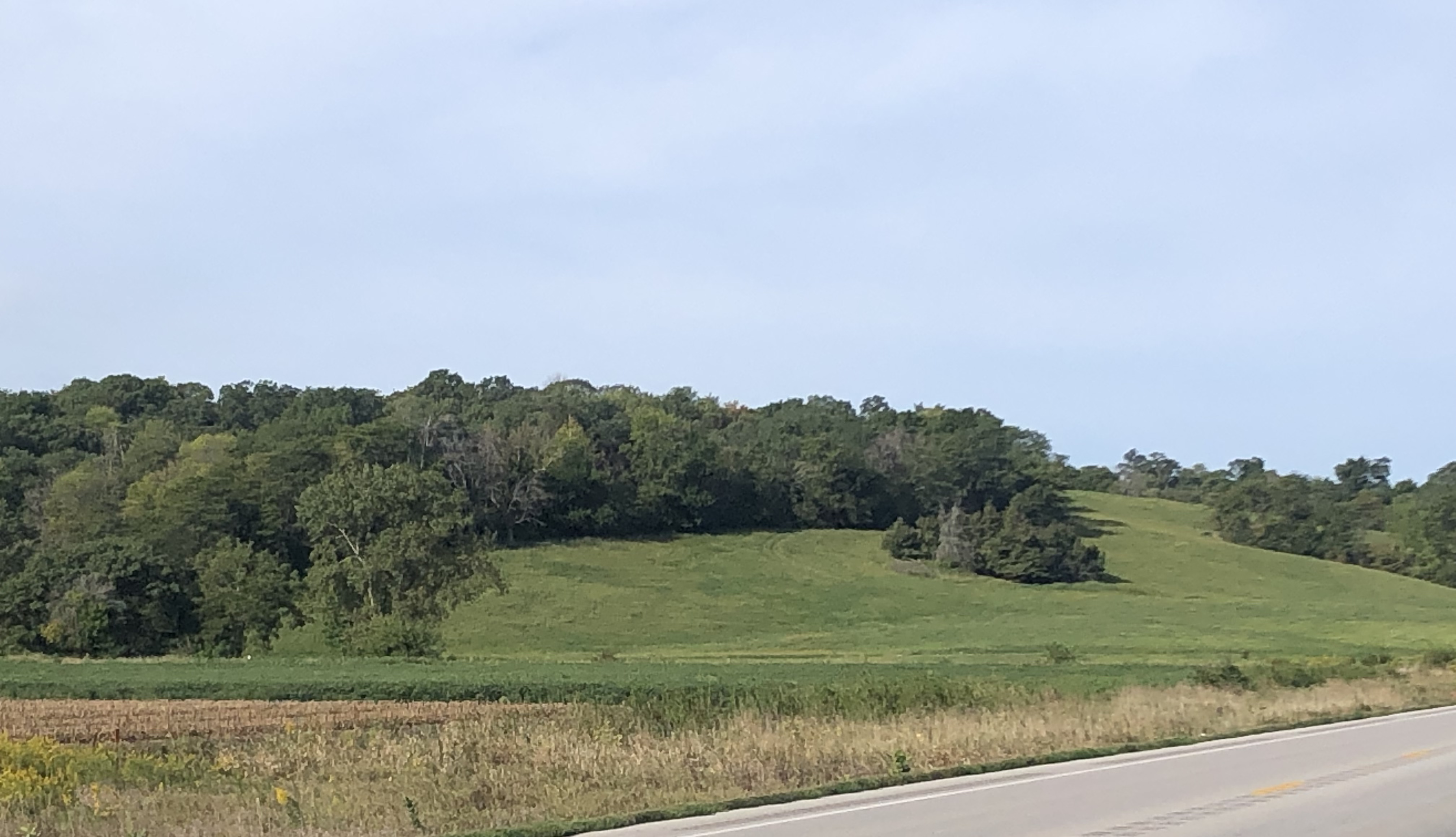 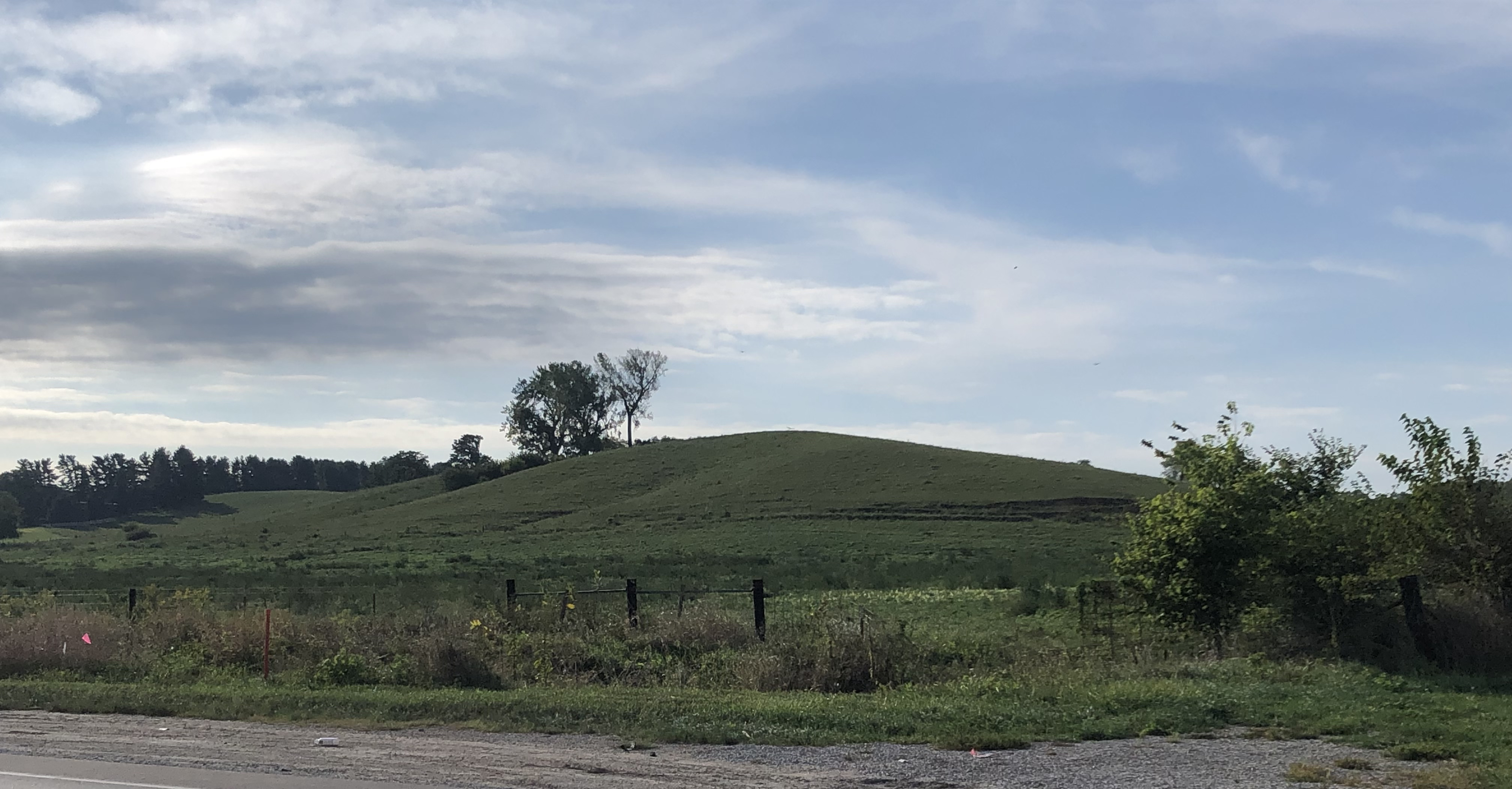 Our destination in Iowa was the Amana Colonies.  It was a place I had thought about visiting back in 1989 but opted instead to go full-steam ahead through the mid-west.  In hindsight, it was definitely my loss.  The Amana Colonies is a National Historic Landmark and one of the U.S.’s longest communal colonies.  A group of Germans looking for religious freedom left Germany in 1843 and originally settled in Buffalo before moving to Iowa in 1855.  They lived communally in seven villages until 1932 and the villages are still preserved today.  We spent a nice day exploring in the shops and art galleries, and we bought some excellent smoked meat, sausages and baked goods for the road.  They have a variety of festivals throughout the year and we’d love to visit again some time when they are having one – maybe Octoberfest in a future camper.

These wind turbines were everywhere in Iowa.  We stopped at a rest area that had informational placards about them.  Apparently Iowa has the second largest number of wind turbines in the country, with over 3,300 of them.  The rest stop had a blade out front which gave a great perspective as to how large they truly are.  Jeff is standing in front of it in the blue t-shirt. 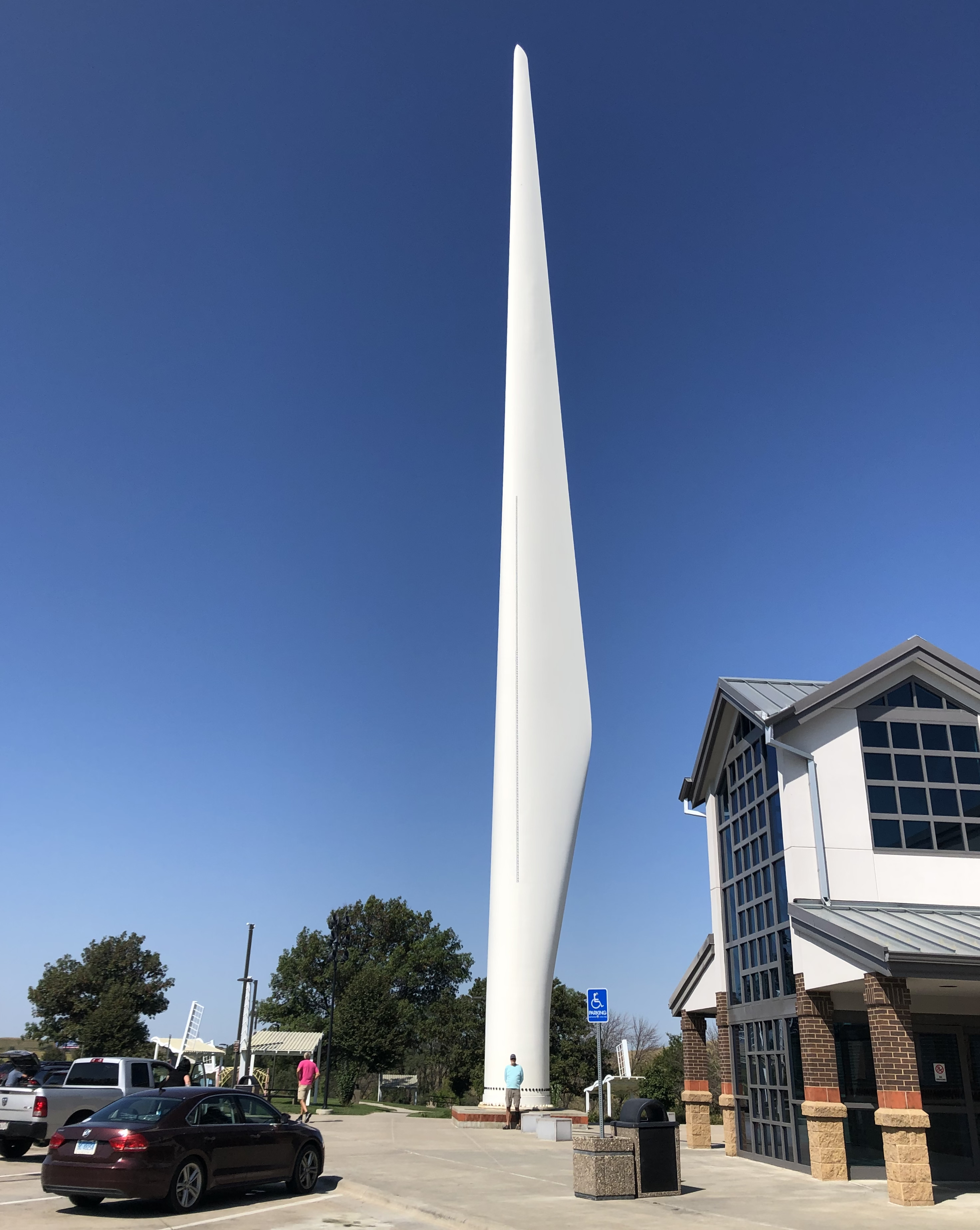 After Amana it was back on the Lincoln Highway for a long day to North Platte, Nebraska.  Our original plan was to stop here for two nights, in part because we didn’t want to set up the tent and have to break everything down 12 hours later.  We had a change of plans, however, when I randomly decided to see if there were any openings at the Rocky Mountain National Park campground on the east side of the park.  I must have logged on at the exact moment that somebody cancelled, because there were two nights available and I jumped on it.  Looks like North Platte was going to be a single overnight.

Despite the fact that we were only staying for one night, there was no way I was going to miss one of the reasons we were stopping there: the Golden Spike Tower and Visitor Center.  I really enjoy trains, so when I found out a few months ago that North Platte was home of the world’s largest rail yard, and there was an observation tower and visitor’s center, we had our destination in Nebraska.

The Golden Spike did not disappoint.  Union Pacific’s Bailey Yard is the largest railroad classification yard in the world.  It covers 2,800 acres with a total length of 8 miles, and it handles 14,000 rail cars every 24 hours with the repair shop processing 8,500 locomotives each month. 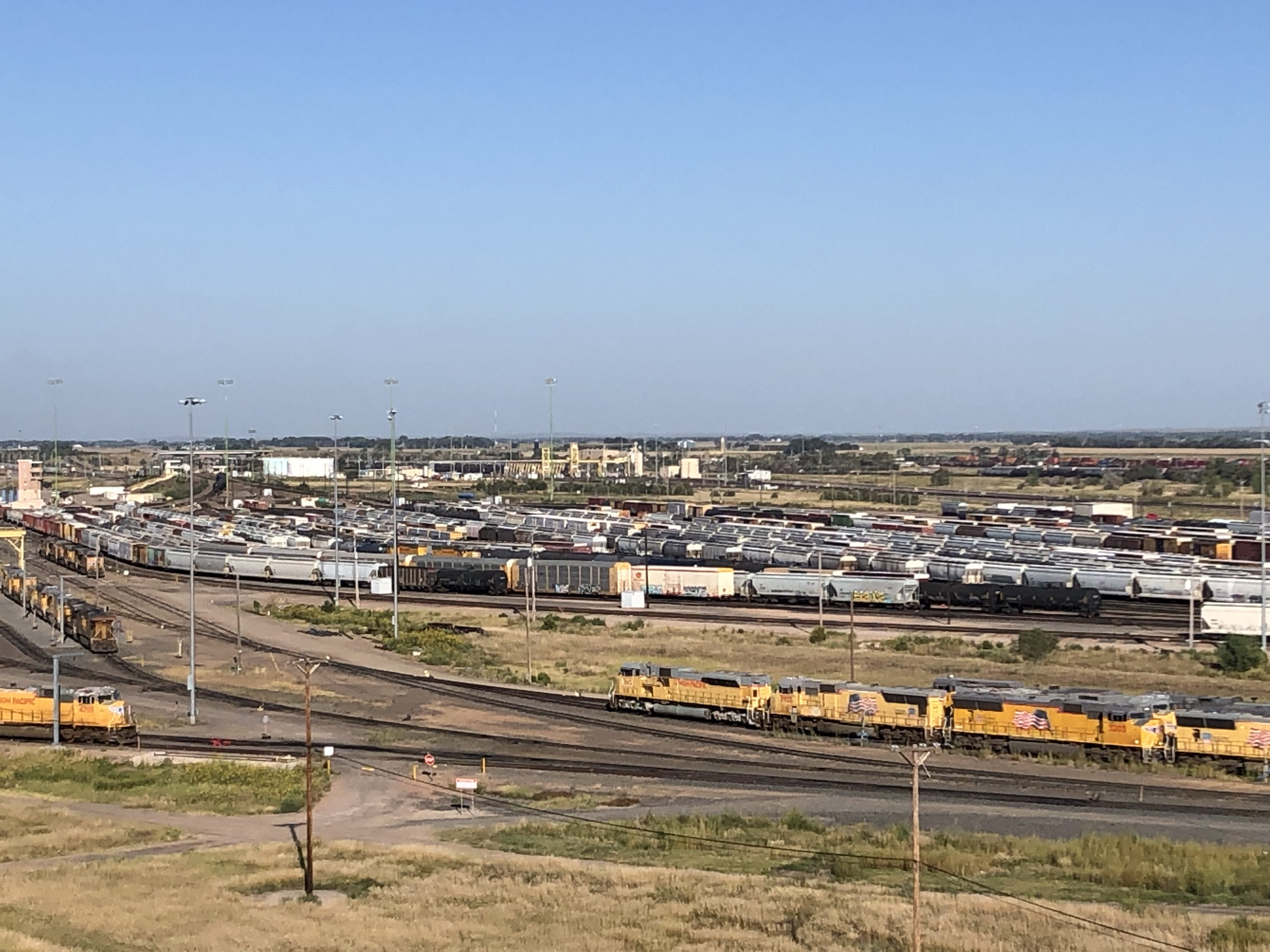 As we left I saw a sign that said the tower and visitor’s center opened in 2008.  That explained why I didn’t know about it when I drove across in 1989.  I certainly would have visited it, but I was 19 years too early.  We definitely could have spent more time there, but we needed to get to our campsite in Colorado in a timely fashion.  We’ll absolutely go again some day.  It was VERY cool.  And from that point on, every time we saw a Union Pacific freight train we joked about how we knew where it was going or had come from – North Platte.

One thought on “No waterfowl shooting from highway.”