After three nights in Brookings it was time to continue slowly making our way south down the Pacific Coast Highway. One of the things Jeff was looking forward to on this trip was the chance to see the Redwoods in person (I had seen them back when I was a child when my dad took me on a week-long camping trip up the California coast), so we booked a few different campgrounds to cover the next week or so.

We settled in to the KOA near Crescent City (much better than the KOA in Montrose, CO) and spent a few days hiking and exploring.  We were both underwhelmed by Crescent City itself (it had a very weird vibe), but the Boy Scout Tree Trail at Jedediah Smith Redwoods State Park – one of the largest, old-growth redwood trails in the world – certainly didn’t disappoint.  We even met a park ranger on the trail on our way back out who cheerfully answered all of the questions we had been asking ourselves while we hiked.

Humboldt Redwoods State Park was our next stop.  It had a very nice campground with large tent sites among the redwoods and plenty of trails to explore.  Humboldt Redwoods has the largest remaining contiguous old-growth coastal redwoods in the world, with trees thousands of years old, and we really enjoyed our hikes there.  Unfortunately, midway through our stay I tripped over a tent guyline while I was carrying a chair over to the fire pit and went sprawling, bruising my rib in the process.  That put a bit of a damper on our remaining planned hikes, but it could have been much worse.  We regrouped with some gentler hikes and a drive along the Avenue of the Giants. 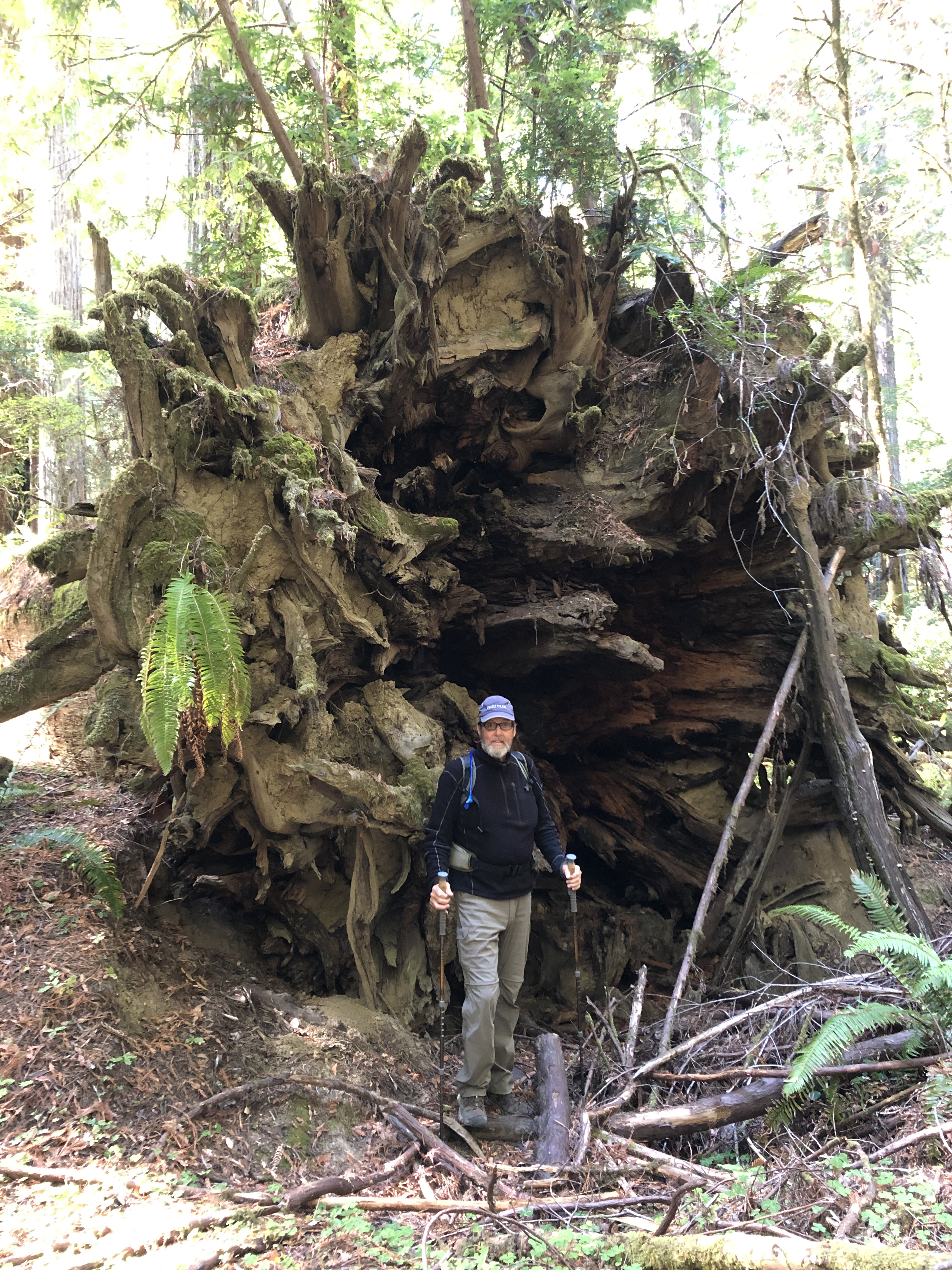 After a week we had both seen enough redwoods to last us a while, so we continued driving south – not quite quickly enough, however.  We were still well north of San Francisco and with mid-October approaching, the temperature was rapidly dropping.  What to do, what to do?