I’ve been wanting to spend some time exploring Cumberland Island for a while now.  I like National Parks and the idea of going to one that is only accessible by boat is VERY appealing.  With only 40,000 annual visitors, it’s a unique experience compared to a more popular National Park.  By comparison, Acadia National Park receives 3.5 MILLION visitors each year.

Cumberland Island was owned by the Carnegie Family before becoming a National Park, and it was thisclose to being developed when Carnegie descendants sold 3,000 acres to a developer of parts of Hilton Head Island.  Fortunately a number of groups joined forces to convince him to sell it to the National Park Foundation.  Once you visit the island, you immediately appreciate what a loss it would have been had the development occurred.

A visit to Cumberland was high on my list of places to see before we set off in 2018 (wow – we’ve been cruising for almost two years now!), but on our first trip south we were only able to spend an afternoon because the anchorage was very exposed to a weather system that was coming in the next day.  We walked around a bit but it was definitely just a tease and left me wanting more.  As it happened, however, on our way north last spring we bypassed it when we hopped outside from Jacksonville, FL to Georgetown, SC, and on our way south last fall we skipped it because we were freezing and wanted to find some warm temperatures.  This time, however, the stars aligned and I would not be denied a second visit.

Although the weather was VERY unsettled during our stay, we were able to check out one of the more popular trails when we were anchored on the south end of the island.  We saw so many different animals on our hike: 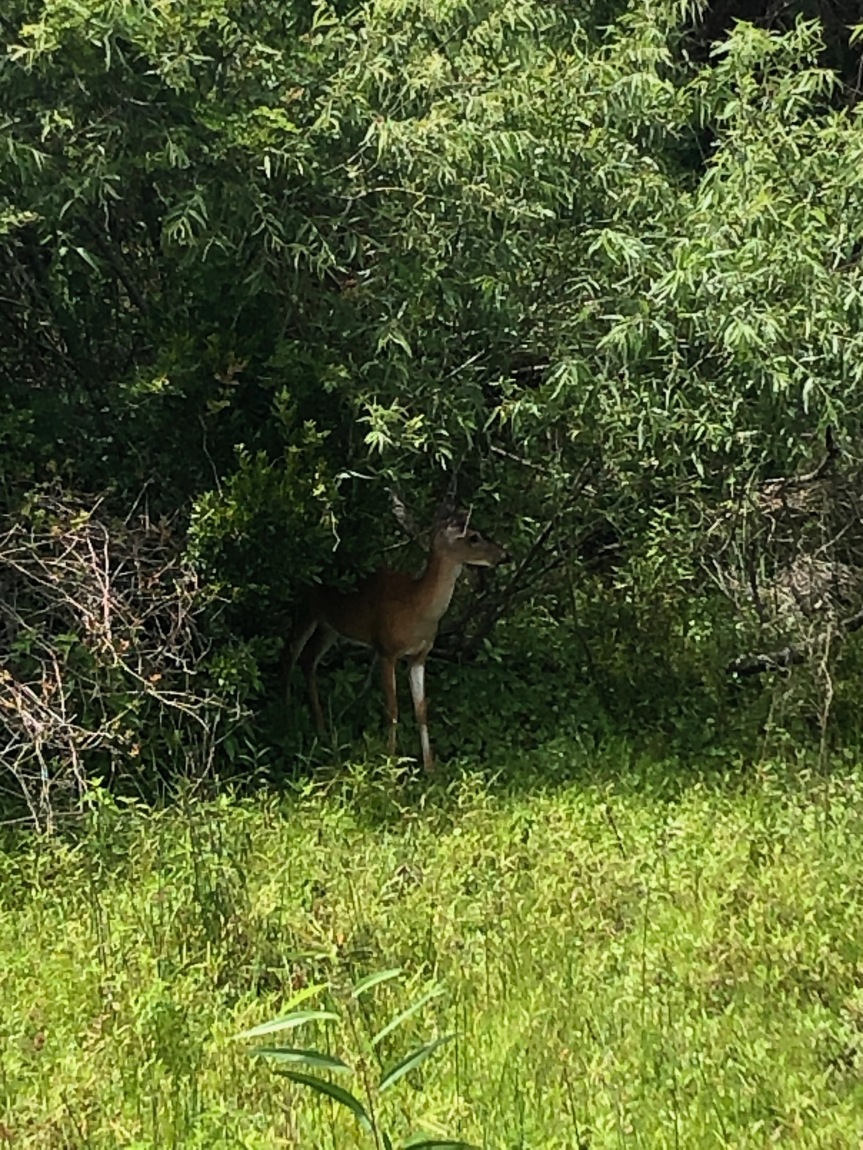 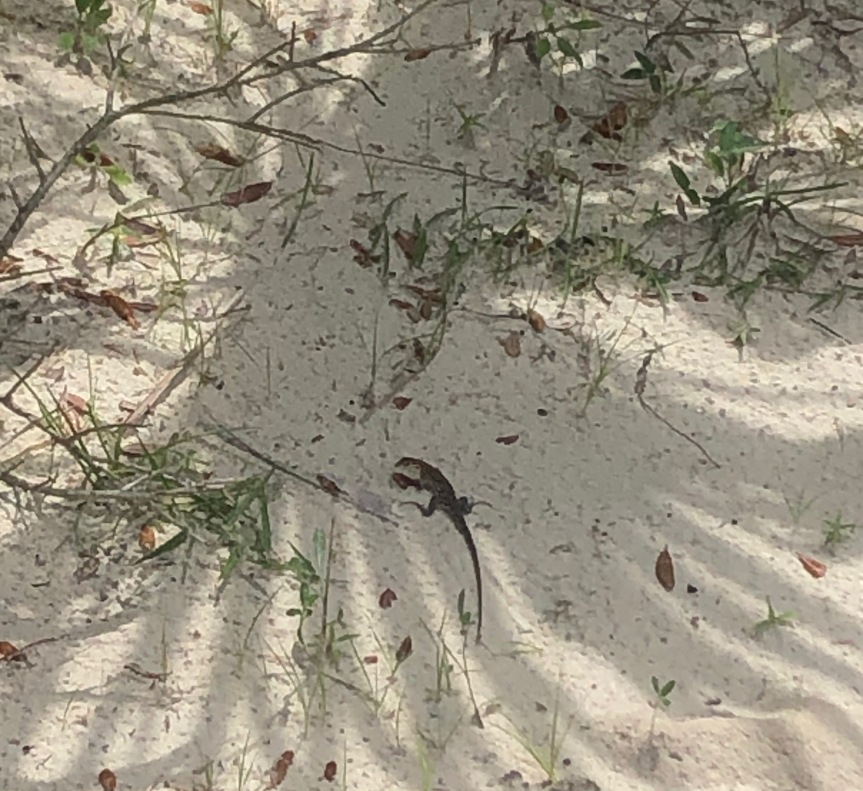 The Dungeness ruins were great: 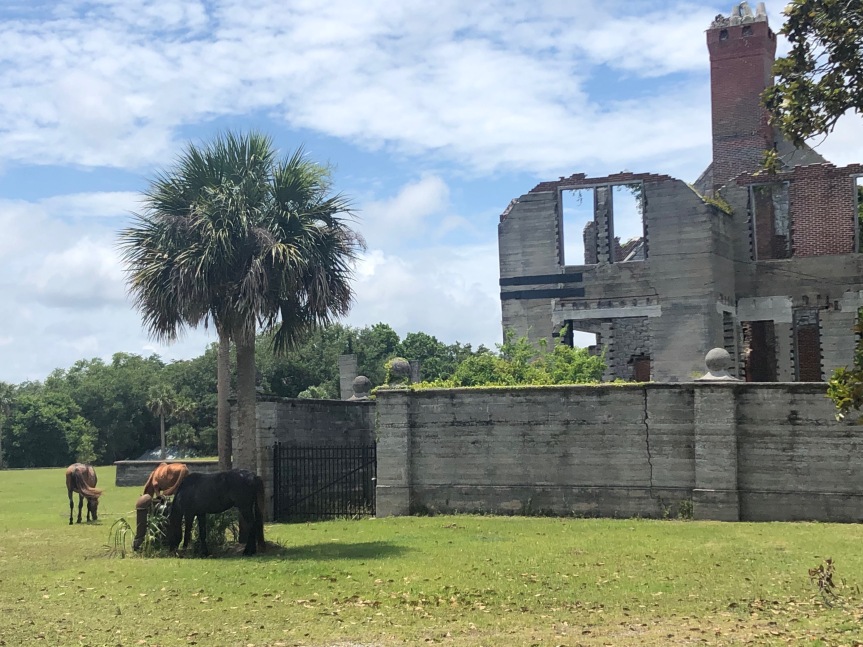 Low tide on the beach was impressive and the water was so warm.  We wished we had brought our swimsuits.  Next spring for sure.

The air smelled wonderful from the Southern Magnolias: 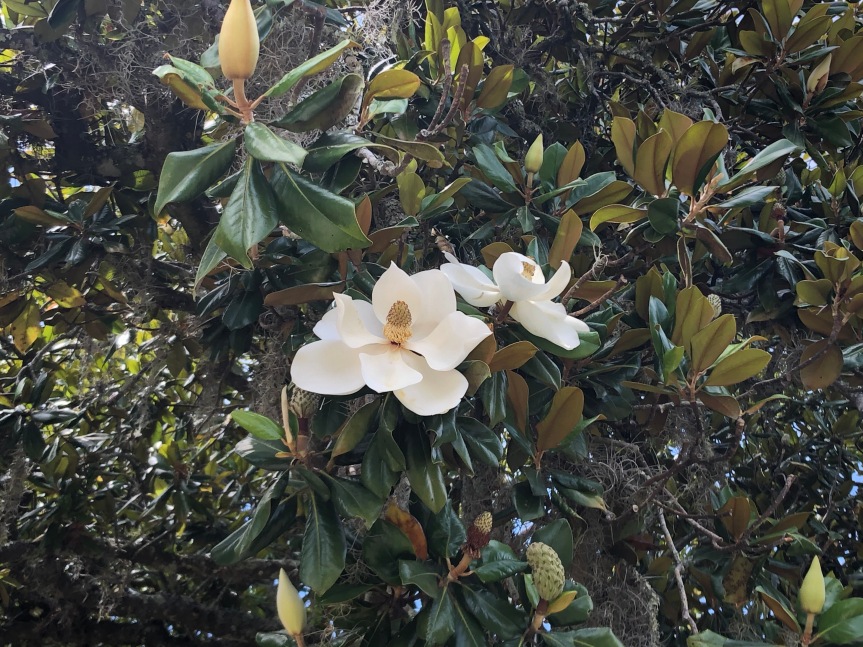 The next day we moved to the north end.  Along the way we passed this by the Kings Bay Submarine Base:

We’ve wondered what it was each time we’ve been by, and this time we finally learned that it is a magnetic silencing facility which provides degaussing services.  Apparently it demagnetizes submarines for the U.S. Navy and British Royal Navy, along with steel-hulled surface warships, and it is the only one of its kind on the East Coast.  Guess you learn something new every day!

Up on the north end of the Island we had the anchorage to ourselves the entire time.  It was just us, the dolphins, and the birds, and it was wonderful.

Cumberland Island is one of my favorite stops on the ICW and we’ll absolutely be spending some more time there when we had south again this fall.  It’s too special to pass up, particularly given that it will be much more difficult to visit once we return to land life.

2 thoughts on “Finally getting to spend some time at Cumberland Island.”